Our Manufacturing Lunch & Panel Discussion event will once again be held in October. 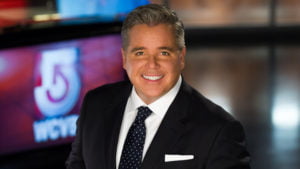 Doug Meehan, Anchor/Reporter for WCVB News Center 5, will moderate a panel of manufacturers talking about challenges and successes during Covid 19. Learn how these businesses pivoted and continue to adapt to change. 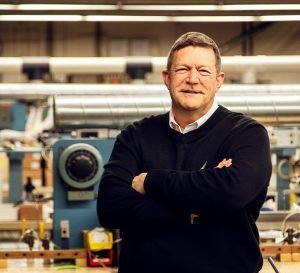 Peter, the son of Jan Waszkiewicz, one of the two founders of the company, joined the Randolph-based firm in 1975 when its three-person work force was making optical tools and equipment for the then robust optical manufacturing industry located in southern MA and northern RI. Over a span of 29 years, he earned his way up the ladder starting as a tool and die apprentice to becoming a Manufacturing Production Manager in 1980 to managing all the military contract work in 1995. (While working full-time, he also studied Business Management at Northeastern University.) In 2004, he was promoted to his current position as President & CEO.

His strong business-aptitude across all areas of the firm and his understanding of the industry has been instrumental in guiding the business through substantial growth periods. Peter is proud the company continues to manufacture in the USA and that its products are sold all over the world. He continues to counsel in the military, commercial, financial, and operational aspects of the business. Additionally, he serves on the Board of Grow Associates, a non-profit organization for special needs. He resides in Wrentham and has two daughters. 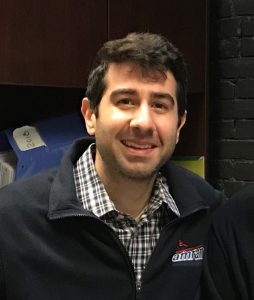 In 2020, Julian Gordon, owner and founder, handed the Amramp reins to his youngest son, Justin. Justin has worked with Amramp since 2013 after first working in the pharmaceutical industry. He started as an installer and worked his way up through the organization to became Amramp’s second Chief Executive Officer. Justin shares his father Julian’s core values, a love of Amramp, and brings with him his own perspectives and strengths for the continued success of the company.

Justin’s education includes a Bachelors of Science and a couple Masters degrees, one of which is in Innovation from the D’Amore-McKim School of Business at Northeastern University. 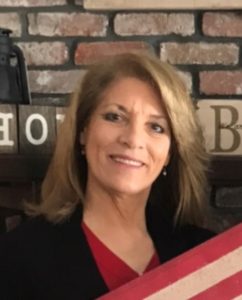 After experiencing a job loss due to the global pandemic, Kathryn found herself with time on her hands. From her Braintree, MA driveway, Kathryn began painting an old barn door she had stored in her garage for several years. She painted it as a rustic Americana flag and leaned it against a tree in her front yard in time for the July 4th holiday … it was well received. Kathryn painted and offered for sale two-sided, four-foot leaning signs, each with the rustic Americana flag on one side, and the Thin Blue Line flag on the other to symbolically support local law enforcement.

In September 2020, Rustic Creations by Kathryn was born and her Facebook page  established. The one-year anniversary saw more expansion to include a variety of flags, custom designs, and decorative accents.

With a strong First Responder and Military following, Rustic Creations by Kathryn is community-focused and continues to create fundraising initiatives and provide donations to support local police, fire, military, and veteran organizations. 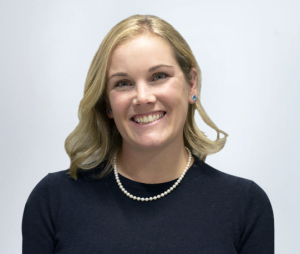 Vice-Chair, Board Of Directors

Cady is the daughter of Debbie Zildjian and the granddaughter of Armand Zildjian. She is the oldest of the 15th generation of Zildjian shareholders.

After graduating from Colgate University in 2002, Cady worked as Senior Account Manager at SmartPak, a fast-growing supplier of supplements and accessories for animals. Five years later, she joined the family business as Manager of Z Gear, the Zildjian line of apparel and accessories.

After earning an MBA from Babson College, Cady was appointed to the Board of Directors. Cady now heads the Nominating Committee and serves on both the Audit and Compensation Committee. She Vice Chairs the Board with her Aunt, Craigie Zildjian. 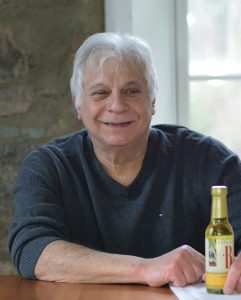 In 1978, while still in graduate school, John Boyajian supported himself by exporting live lobsters to Europe. He approached the Petrossians, an Armenian-French family and internationally known purveyors of caviar, about the idea of distributing his New England lobsters abroad. While the Petrossians chose not to import his lobsters, they did offer John the opportunity to distribute their caviar in the U.S. For more than two decades, John imported and sold Caspian Sea caviar – eventually under the Boyajian name – and developed a loyal following of chefs and consumers. The line was expanded to include smoked salmon, and then in the mid-eighties, John began to experiment with infused olive oils.

Drawing on his Armenian heritage and family traditions, he developed a line of infused olive oils the market had not yet seen. In 2004, Boyajian withdrew from the caviar industry after watching conditions in the Caspian Sea deteriorate due to a lack of environmental regulations. The decision was made to step away from that arm of the business until a responsible effort is made to preserve the sturgeon population and its natural habitat. Despite the caviar decision, Boyajian continues to flourish.

Today, Boyajian offers a plethora of infused olive oils, Asian oils, vinegars and vinaigrettes, pure citrus oils, and natural flavorings and extracts. Products are sold in all 50 states and in several other countries. The company recently built a 20,000 square foot state-of-the-art production facility and corporate headquarters in Canton, MA. Additionally, Boyajian has been honored with five of Boston Magazine’s prestigious “Best of Boston” awards.

Sign up for our monthly newsletter — and follow us on social — to keep in the loop about events and business news.

Annual Dinner & Installation of the Board of Directors